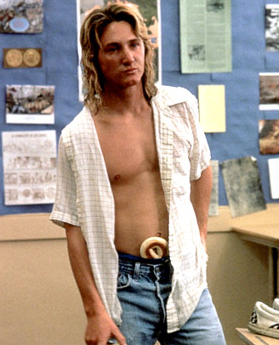 Now that he’s single once again, Sean Penn has plenty of time on his hands for things like reunions.  It’s been about 30 years since Fast Times at Ridgemont High debuted into our lives and we are going ot get a treat when they reunite for the movie being inducted into the Guy Movie Hall of Fame at the Spike TV Awards on June 10th.  That alone makes the show worth a watch!

Scarlett Johansson and Sean Penn Are Already Over, Guess Why!

Jennifer Jason Leigh and Phoebe Cates will be no shows…. lame.

Will you be tuning in?