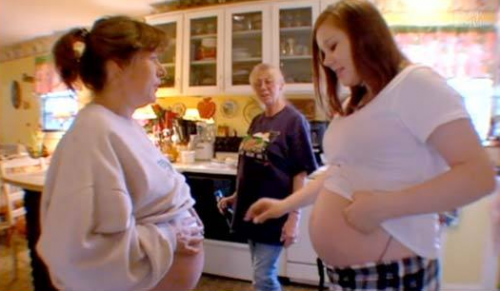 16 and Pregnant star, Whitney Purvis has enough issues in her life.  Like the fact that April Purvis is her mother at all.  But those problems just multiplied because April just got busted for possession of marijuana and meth this morning.

TMZ is reporting that April Purvis and some douche named Victor Clement were arrested by the Floyd County Police in Georgia.  Both have been charged with a misdemeanor for the pot and Purvis is being charged with a felony for the meth possession. They are both still in custody in Floyd County Jail….. and I don’t think anyone aants to bail them out.