Paul McDonald and Nikki Reed Are Engaged! Check Out The Lil Ring! 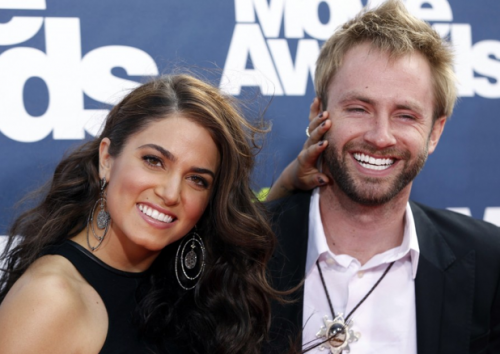 They were at the  MTV Movie Awards last night when Nikki showed off her ring saying,

People think that they are moving way too fast… but when you’re in love, it doesn’t matte, right?

Wow.  I never would have put these two together in a million years.  But look at them.  So happy! Who cares if they are moving fast!  I think it’s romantic!

Congrats to the happy couple!