BREAKING NEWS: USC Has Been Stripped of 2004 Title 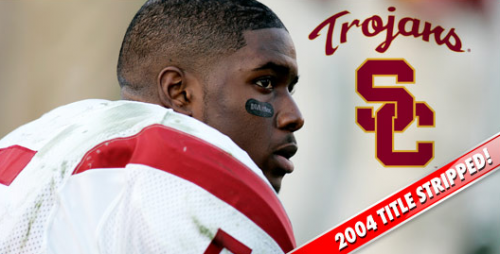 The USC Trojans have officially been stripped of their 2004 title.  The Bowl Championship Series has announced that they stripped the University of Southern California of the title after they completed an investigation, proving Reggie Bush and his family received improper benefits while he was playing for the Trojans.

NCAA had already stripped USC of its regular season wins that Reggie Bush had participated in.  USC had appealed this, but that was a no go.  USC haters rejoice!  USC fans, pitch a fit, then get over it.  It’s now a done deal.