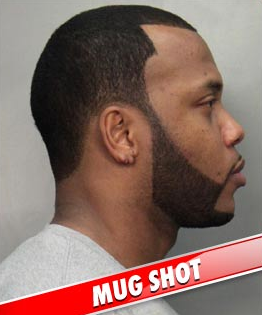 Cops arrested rapper, Flo Rida (Tramar Dillard) early this morning when he was driving around in his red and black 2008 Bugatti, swerving in his own lane.

Police smelled booze on his breath, gave him the tests…. which he failed being over twice the legal limit with a .185 BAC.

While he was performing the tests, a crowd gathered and some were trying to get the cops to let them drive Flo Rida home.  Obviously the cops weren’t going to let that happen.

When asked to walk the line, he said,

“Officer I can’t do this. I don’t feel I can’t walk a straight line. I had a few drinks. Let’s try another test.  I can make it home.” Ha!  That made me laugh!

To top it off, Flo hadn’t paid a previous traffic fine…. he was taken in and booked.

We are suddenly racking up the DUIs this week.  What is up with that?  These guys have plenty of money to pay to get home safely.  #FAIL