Current Photo of Arnold’s Son, Joseph and The Truth Finally Comes Out 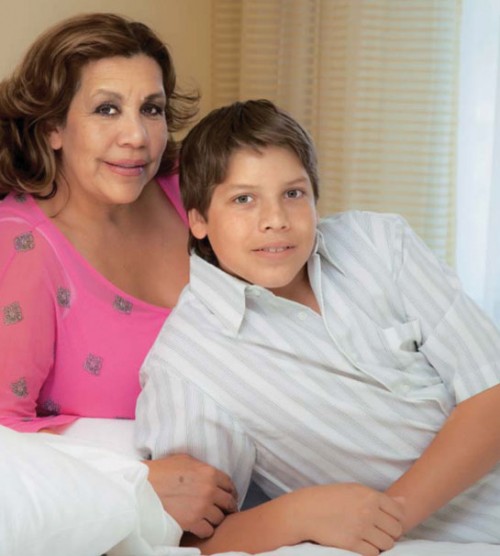 Arnold Schwarzenegger’s love child is named Joseph.  His mother, Mildred Baena has opened up to Hello! magazine, telling them how the whole drama unfolded.

When Joseph was told by his grandma that Arnold was his father, he was happy, responding with a, “Cool!”.

He wants to have a real, father/son relationship with his dad now.

Mildred wasn’t positive it was Arnie’s kid until he started aging.

“It was as Joseph grew and I started to see the resemblance that I wondered – but It became more apparent as time went on,” she said.  “I knew Arnold was the father, and maybe as Joseph got older and began to look like him, he [Arnold] wondered. But he never said anything to me.”

Maria Shriver was starting to figure things out before this all came out,

“She would say things like, “I’m here if you need to talk.” I sensed something was up. I have so much love and respect for Maria.  Finally, she asked point blank.  She was so strong. She cried with me and told me to get off my knees. We held each other and I told her it wasn’t Arnie’s fault, that it takes two.”

How can you claim to love and respect someone when you were doing their husband and having a baby with them?  Whaaaaa?

“He’s a good man and I know he’s suffering too. He loves Maria. I hope with time they work things out.”

That is never going to happen.  Maria is done with the pig.  And good for her.  Mildred can have him!