‘Bachelorette’ Ashley Hebert is Going ‘Dancing With The Stars’ 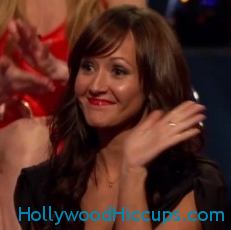 Melissa Rycroft, Jake Pavelka and Trista Sutter all did Dancing With The Stars and now, the current Bachelorette, Ashley Hebert is lined up to follow in there footsteps, StarPulse is reporting.  And in my opinion, Ashley is the most qualified for this gig.  She has amazing dance skills and I will go out there and say it now, she’s a favorite to win the show.  I said the same thing about Hines Ward before the entire cast was announced and he’s enjoying the Mirror Ball Trophy on his mantle right now!  So let’s see where this prediction ends up.  I see her teamed with Mark Ballas……or Derek Hough….