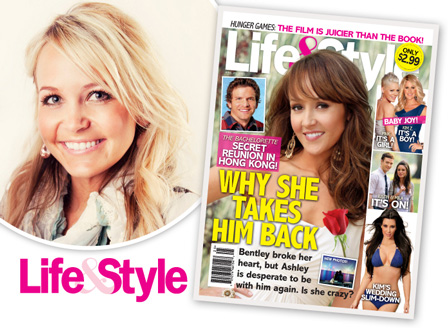 During last night’s episode of the Bachelorette, we saw that Ashley still isn’t over Bentley and the preview of her reuniting with him in next weeks episode.  Ugh.  Anyhow, Bentley’s ex-wife, Suzette Davis has come forward to tell Life & Style that Ashley is good without him,

“I’d say she’s better off.  “I don’t think that they were a good match for a lot of reasons.  I don’t know what was going through his head.  “He should’ve been quiet about not being attracted to Ashley and just left rather than being mean to her.  We’re not really getting along anymore,” she reveals. “This has changed our relationship, too.”

Yeah, Bentley is like the biggest douche ever.  He’s the worst guy we’ve ever seen on the show.  I can hardly believe anyone could be a cold as he is.  I want to see him eaten alive during the Guys Tell All episode.