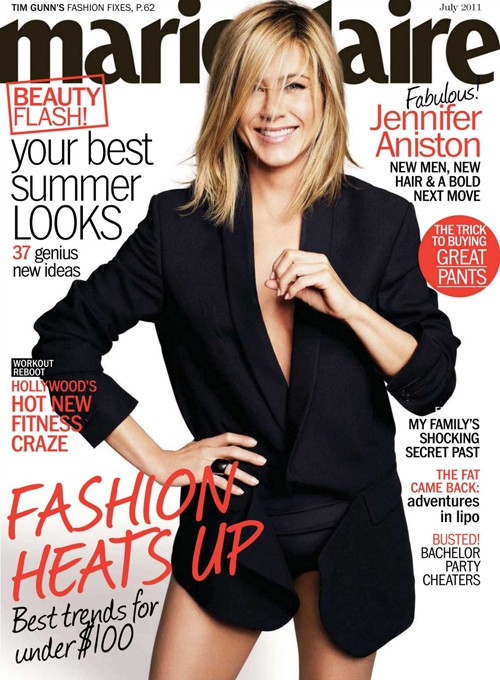 Jennifer Aniston is the July 2011 cover girl for Marie Claire…she skipped the bra and pants…. HOT and added the leading men from her new flick, Horrible Bosses costars Charlie Day, Jason Sudeikis, and Jason Bateman in the shoot. Jen is purely laid back and always so sexy.

“Poor Charlie,” Aniston says of her costar, whom she repeatedly offends in the film. “He had to put up with me harassing him for two solid weeks.”

“I play a dental assistant, and she is a dentist, my boss, who wants to sleep with me even though I’m desperately in love with my fiancée,” Day says. “I won’t do it. My character is not into it.”

“It’s a real testament to your acting ability,” Bateman chimes in.

Grab a copy of Marie Claire out on stands June 21st for the entire, exclusive interview!
Continue Reading