Jennifer Aniston and Justin Theroux Move In Together 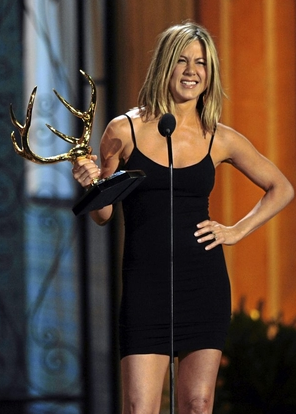 Jennifer Aniston and her new man, Justin Theroux are living together already!  Woooo hooo!  Jen isn’t messing around is she?  Now that she’s got herself a man, she’s not letting him go! An insider told Us,

“He’s living at her place in L.A.!  And she’s introducing him as her boyfriend.”

Justin was pretty much living at Hollywood’s Chateau Marmont but also has an apartment in NYC.  His now ex, Heidi Bivens was living there with him… but she moved out last weekend after he allegedly left her for Jen….

So what do you think?  Will Jen and Justin take this relationship all the way…… or least last for the long term?