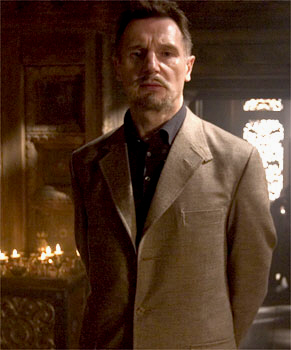 Well now there are rumors that Liam Neeson is also returning to reprise his role as Ra’s al Ghul.  This hasn’t been confirmed…. but why else would he be on set?  Put two and two together… right?