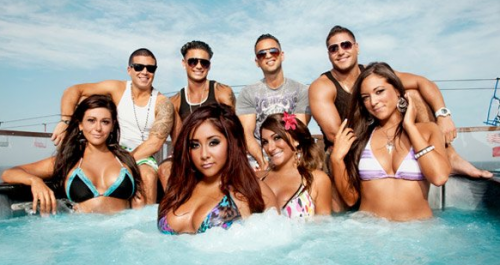 Jersey Shore season 5 is above to start production as soon as the cast returns to Seaside Heights, NJ from Italy.  Filming begins on June 26th.  Yeah, they aren’t wasting any time!

Well in complete Jersey Shore fashion, the cast refused to sign on for the fifth season with out new contracts with bigger numbers.  MTV isn’t stupid and of course gave them what they wanted since this show is sadly a cash cow.

Most of the cast has already sign on and the rest will be on board sometime this week.  I don’t think that I even want to know how much they are making now…… yikes.