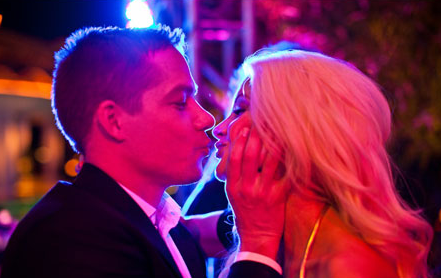 Does this mean that Paris Hilton is going to have a new BFF?  Holly Madison is dating Jesse Waits…. who is Paris’ boyfriend, Cy Waits‘ brother.  They look like twins!  Anyhow, I can see a Vegas foursome….. not the kinky kind!   Get your mind out of the gutter… with these two hot couples.

“She’s in one of the happiest relationships she’s ever been in,” a source told Life & Style. “Holly and Jesse have been quietly dating for months now.  Jesse is a really great guy and makes Holly happy.”

I think Holly is a total sweetheart and love that she found a good guy… hopefully we will get to see all of this transpire on her new season of Holly’s World.