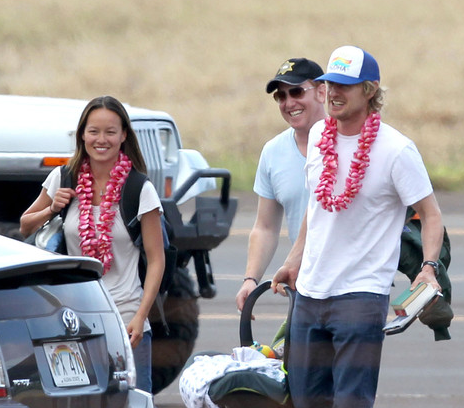 The latest breakup in the Hollywood rumor mill is that Owen Wilson broke up with his baby mama, Jade Duell.  Why?  Because he’s not ready for marriage or a true, long term commitment.  Well that sucks.  Their son Robert is just five months old and his parents have already split.

Owen Wilson is a Daddy!

On the other hand, I can’t picture Owen Wilson settling down.  It’s like it’s not in his DNA or something.