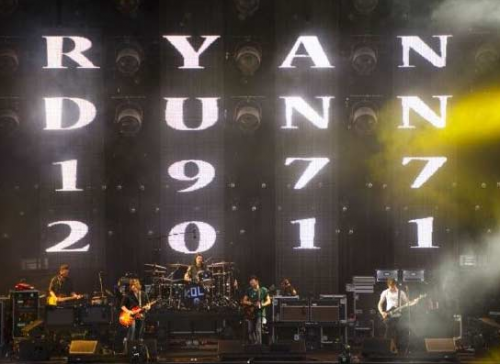 Kings of Leon paid tribute to their lost friend, Ryan Dunn during their concert in London.  The crowd joined them to toast  “a friend of ours who passed away”, then  then sang McFearless.  They had a slideshow of Dunn on the screen and then it concluded with the shot above.

Frontman, Caleb Followil said, “This is for Ryan.”