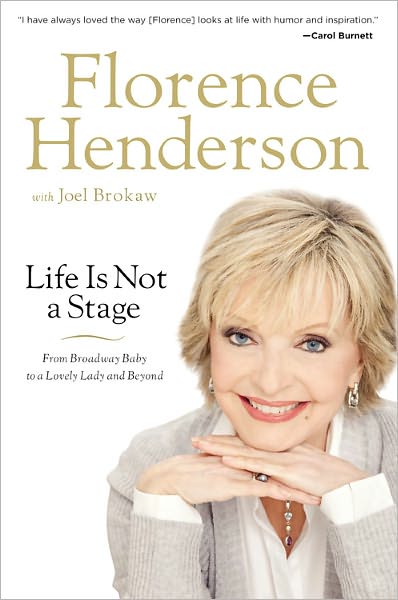 OMG.  Florence Henderson has let loose in her new book, Life Is Not a Stage: From Broadway Baby to a Lovely Lady and Beyond, confessing that she had a one-night stand with former New York City mayor, John Lindsay (he’s dead now)….. and yes she was married at the time.  She cheated on him in the 60’s.

“I was lonely. I knew it wasn’t the right thing to do. So, what did I do? I did it,” she wrote. Later, she woke up to find a bunch of “little black things” crawling on her body. Her doctor later diagnosed her with a case of pubic lice.  “Guess I learned the hard way that crabs do not discriminate but cross over all socioeconomic strata,” Henderson wrote in Life is Not a Stage, out in September. “He must have had quite the active life. What a way to put the kibosh on a relationship.”

That is so nasty!  But gee, thanks for sharing Florence!  Hope you didn’t give it to your husband at the time!  That’s just not right!

The book comes out on September 20th if you’re interested in reading more on America’s favorite mom.