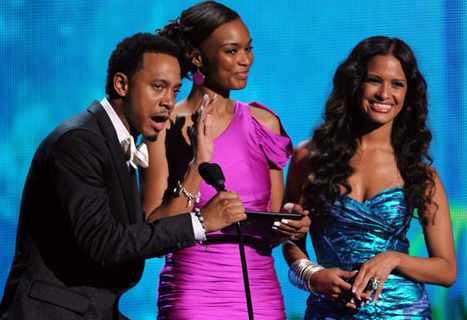 Last at the BET Awards the most talked about moment was all about a major screw up.   When supefan Tiffany Green presented the Viewers’ Choice Award with Terrence and Rocsi she had a big mess up….. not her fault, but still……She read off the tablet saying that Chris Brown was the winner.   But then the teleprompter said Rihanna and Drake were the winners for “What’s My Name?”

Drake then accepts the award, saying,

“Well that was awkward.”

THEN Kevin Hart brought Chris on stage at the end of the show and announced that he was REALLY the winner.

The BET execs have admitted it was totally their fault, so fans can quit harassing Tifanny!  Poor kid.