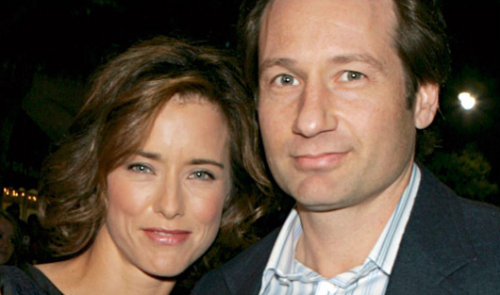 David Duchovny and Tea Leoni separated yesterday for the second time.  The first time was in 2008.  They’ve been married since 1997.   They haven’t announced an actual divorce yet, but seeing as this is the second split, I wouldn’t be surprised to see them end it for good this time.

They do have two kids together, a 12-year-old daughter and a 9-year-old son.  So you know this will be the toughest on them.