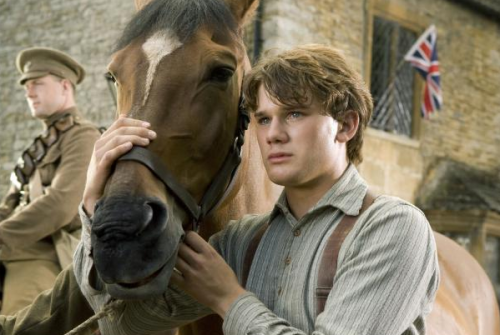 It’s time for another Spielberg film, don’t you think?  I personally can never get enough.  So what’s this new one, War Horse about anyhow?

Steven Spielberg’s epic adventure is a tale of loyalty, hope and tenacity set against a sweeping canvas of rural England and Europe during the First World War. War Horse begins with the remarkable friendship between a horse named Joey and a young man called Albert, who tames and trains him. When they are forcefully parted, the film follows the extraordinary journey of the horse as he moves through the war, changing and inspiring the lives of all those he meets—British cavalry, German soldiers, and a French farmer and his granddaughter—before the story reaches its emotional climax in the heart of No Man’s Land.