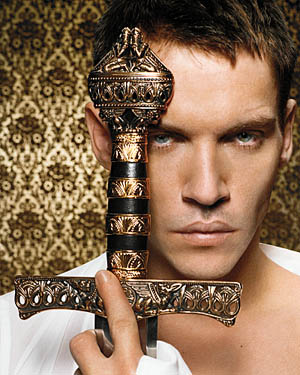 The super adorable, Bend It Like Beckham star Jonathan Rhys Meyers tried killing himself on Tuesday night.  Say whaaaaa?!  Yes.  Sad, but true.  The Sun is reporting that they found him “slumped on the floor” of his London home.  But he wanted no treatment, so they called the cops.  They were able to convince him to go to the hospital.  He was treated there for overdosing on pills.

He was released from the hospital the next morning, where he would only give reporters, “no comment” as he left.

Jonathan has been through rehab five times already and his last stint was less than a month ago.

This is a really sad story.  Makes you wonder what is so bad that he’s in such a dark place in his life, wanting to end it.

UPDATE: A source close to Meyers tells TMZ, the actor was NOT trying to kill himself, but had fallen off the wagon.