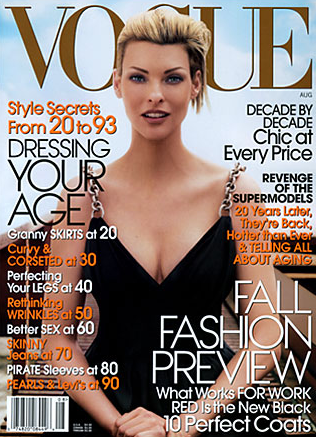 Here’s a crazy “love triangle” in Hollywood!  Salma Hayek’s husband, French businessman Francois-Henri Pinault allegedly slept with supermodel Linda Evangelista in 2006 while Salma her man were broken up for a bit, according to a report from NYP.

Linda’s 4-year-old son, Augustin James is his son.  But when he was first born, she refused to name the baby daddy…. gee, I guess we know why now.

Salma had her daughter Valentina Paloma Pinault in September of 2007, then got married in 2009.