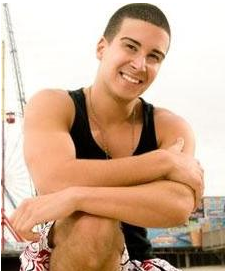 Vinny Guadagnino officially QUIT Jersey Shore for good.  Sure, he’s bailed on them before, but this time it’s supposedly permanent.

‘Jersey Shore’ Season 5 is the END of the Road

Late last night, he got in a fight with another cast member, then bailed.  He went home to his real house in Staten Island, TMZ is reporting.

Vinny has been claiming to be “homesick” lately and was “burnt out” on the show.  So he’s done.

No one on the cast wants him back either because he’s been such a pain.

So tell me, are you bummed?