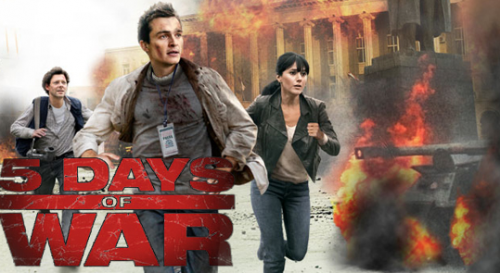 Opening next month (August 19th) Rupert Friend, Emmanuelle Chriqui, Richard Coyle, Andy Garcia, and Val Kilmer star in 5 Days of War.  Not too sure how excited I am for this one.  I do like the cast though, so I am sure I’ll end up giving it a chance… just not opening week.


“5 Days of War” is an action-packed international thriller from acclaimed director, Renny Harlin. Based on true events, this intense film is a vivid account of a renegade American journalist, his cameraman and a local woman caught behind enemy lines, and determined to not only survive, but tell the world what was happening, during the swift but devastating 5-day war between Russian and the Georgian Republic in 2008.