Paris Hilton’s Stalker is Such a STALKER 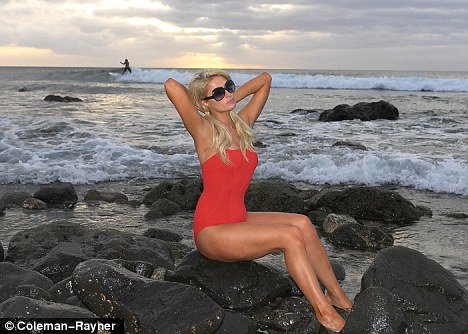 Paris Hilton’s most determined stalker has been busted again.  James Rainford (30) was arrested in Malibu yesterday and I am sure Paris slept a little better last night because of it.  Now if only they would throw away the key this time, she’d be much better off.

“He was hanging around on the beach while Paris was inside,” one beachgoer told The Daily Mail. “Someone recognized him as being the man who had given her trouble in the past and the cops arrived pretty quickly.”

This is the same dude that assaulted Paris’ ex, Cy Waits and was arrested.  He really doesn’t give up easily.  He’s already got an active restraining order against him, so that should help get him some real jail time for violating it.  Seriously though, this guy is 30 and has nothing better to do with his life than stalk Paris Hilton. Really?  It’s so pathetic.