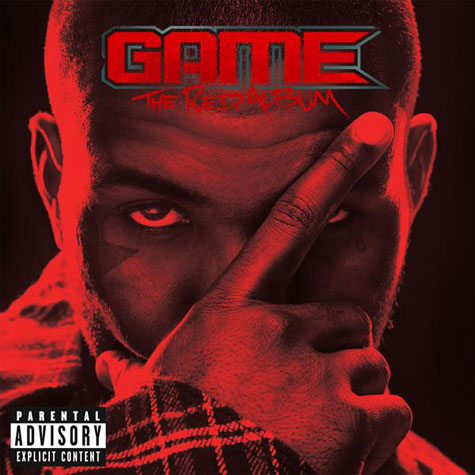 The Game has released the cover art for his upcoming, fourth LP The R.E.D. Album. This one is slated to drop on August 23rd and that cover looks like what we expected… a lot of red…

VIDEO: The Game ‘Ain’t No Doubt About It’ Ft. Justin Timberlake & Pharrell

This one will feature the Lil Wayne-assisted single Red Nation as well as Pot of Gold featuring Chris Brown.  We will also get tracks mixed up with executive producer Pharrell, Dr. Dre, Tyler, the Creator (“Martians vs. Goblins”), Lupe Fiasco (“Skate On”), Nelly Furtado (“Mother Knows”), and more!

Will you be buying this one?