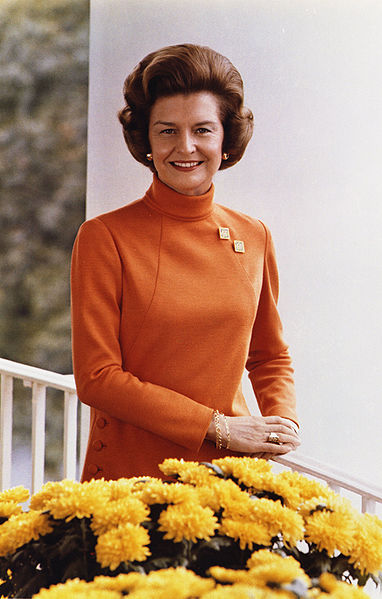 Former First Lady of the United States and wife of former President Gerald Ford, Betty Ford has died.  She was 93 years old.

Betty served as the First Lady of the United States from 1974 to 1977. As first lady, Ford was active in social policy and shattered precedents as a politically active presidential wife (Time considered her “the most since Eleanor Roosevelt”). In the opinion of several historians, Ford had more impact upon history and culture than her husband.

Throughout her husband’s term in office, she maintained high approval ratings despite opposition from some conservative Republicans who objected to her more moderate and liberal positions on social issues. Ford was noted for raising breast cancer awareness following her 1974 mastectomy and was a passionate supporter of, and activist for, the Equal Rights Amendment. Pro-choice on abortion and a leader in the Women’s Movement, she gained fame as one of the most candid first ladies in history, commenting on every hot-button issue of the time, including feminism, equal pay, ERA, sex, drugs, abortion, and gun control. She also raised awareness of addiction when she announced her long-running battle with alcoholism in the 1970s.