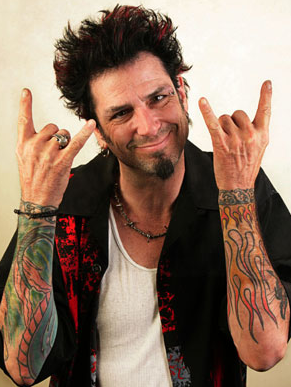 We have only seen the first episode of Big Brother 13 and we’ve gotten a full load of drama to go with it.  If you have caught up…. Evil Dick left the building/show hours after premiere (details HERE) and the first nominations are already in.  If you you’re into spoilers, check out those links.

I am still waiting for complete confirmation, but the source is pretty solid, and that’s why I am going to go ahead and share the news…..

Evil Dick left the Big Brother house so abruptly because his brother was killed in a car accident.  Yeah.  Heavy, I know.  This actually makes the most sense.  He wouldn’t have come on the show in the first place if the drama between him and Danielle was that bad.  Plus, he’s already won the show once.  He had nothing to lose in a sense.

And after all the crap he pulled on his winning season, there is no way he pissed of producers enough to get himself kicked off the show within the first couple of hours.  No way.

And one last thought, Danielle was extremely irritated and borderline pissed off when BB wouldn’t let her in on where Evil Dick had gone….. if it wasn’t something sudden and tragic like a family member death, she’d have been acting very differently. She would have known that it was merely Dick being a dick……

UPDATE: So there is still a strong possibility that Dick’s brother was killed.  He has made a few statements on his Twitter addressing some of the concerns/rumors.  He didn’t squash this one.

“I will be releasing a public video statement on @RTVZone in the next couple days concerning my departure from the Big Brother House.

But to squash the rumors, I am not in jail, don’t have cancer, my mother son and girlfriend are not in the hospital & I was not kicked out.

Don’t bother asking me questions, I won’t be answering… I will let you know when my public statement is posted on @RTVZone.

Thanks for all the concern and well wishes.”

UPDATE 2:  Dick posted his “explanation video”…. he basically said screw you to all of the crazy rumors about why he left.  He says he doesn’t even have a brother.  The only thing he would really say about his reason for leaving, was that something big happened to someone dear to him.  He will not elaborate on what happened to this person.  But that was that.  He wants everyone to kiss his @ss.  So yeah, nothing clear cut.  But I don’t get it.  He’s not giving a real answer.

Prev Next
29 Comments
Leave A Reply
Cancel Reply
For All The Alaskan Bush People News!