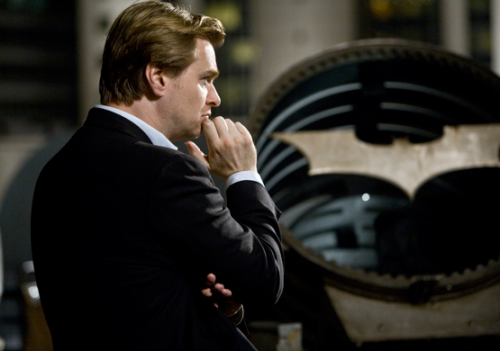 The Dark Knight Rises is filming scenes at Carnegie Mellon University in Pittsburgh, Pennsylvania.  They notified the faculty and students on its blog yesterday about the scenes and filming details.  Yeahhhh!  Total spoiler below…. so don’t read on if you don’t want to know.  Otherwise…. ENJOY!

Carnegie Mellon will once again play host to Hollywood, when several scenes for a major motion picture by Warner Bros., currently using the working title “Magnus Rex,” are filmed outside of the Software Engineering Institute (SEI) in late July, and inside and outside of the Mellon Institute in early August. Carnegie Mellon is working closely with the production company to ensure that the university and its students, faculty and staff will benefit from the movie-making experience with minimal disruption to normal operations.

Here’s the skinny on the filming dates, the scenes and parking and traffic restrictions.

Scenes will be filmed outside the Software Engineering Institute (SEI) at the intersection of Dithridge and Henry streets from 7 a.m. to 9 p.m., Saturday and Sunday, July 30-31.

Prep work for the filming will be taking place in both locations beginning July 11.

Scenes outside the SEI, which will be portrayed as a prison, will include an explosion, a prison break, precision stunt driving, gunfire, atmospheric smoke, and controlled pyrotechnic explosions.

Scenes outside the Fifth Ave. entrance of Mellon Institute include a standoff between two rivals that escalates into a riot. One character drives a motorcycle through the fourth floor lobby, out the front doors and down the steps onto Fifth Ave. Special effects include precision stunt driving, gunfire and atmospheric smoke.

Pretty cool right?!  Thoughts?  Drop them in the box below!