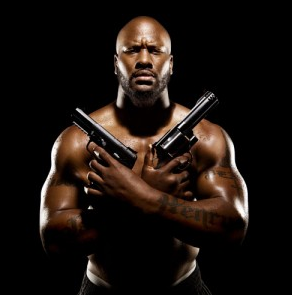 Pittsburgh Steelers defensive star, James Harrison just just embarrassed the hell out of the organization with a ridiculous rant in Men’s Journal.  HE spewed his hate of commissioner Roger Goodell, saying,

“But up until last year, there was no word of me being dirty — till Roger Goodell, who’s a crook and a puppet, said I was the dirtiest player in the league. If that man was on fire and I had to piss to put him out, I wouldn’t do it. I hate him and will never respect him.”

When it comes to Troy Polamalu,

“He’s the one guy in football I respect absolutely, ‘cause he’s spiritual and lives it like he talks it. You know, he gets more flags than anyone on our team but never gets fined for nothin’. He’s so polite and talks so softly that he could tell he could tell Goodell to kiss his ass, and Goodell would smile and say thank you.”

He also ripped his QB, Ben Roethlisberger and his Super Bowl performance,

“Hey, at least throw a pick on their side of the field instead of asking the D to bail you out again. Or hand the ball off and stop trying to act like Peyton Manning. You ain’t that and you know it, man; you just get paid like he does.”

I call this “interview” total BS.  This is the kind of crap you’re allowed to think.  But you keep it to yourself.  Do you think anyone on that field is going to want anything to do with you now.  Harrison…. you screwed up big time.  Total FAIL.