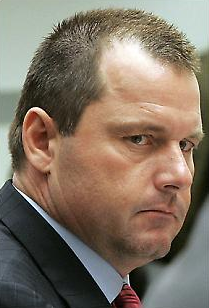 You have got to be kidding me.  This is ridiculous.  Roger Clemens might have just got the break of his life.  A federal judge just declared a mistrial in his perjury case because prosecutors gave jurors a look at inadmissible evidence.

U.S. District Judge Reggie Walton made the call after just one day of testimony and has scheduled a hearing for September 2 to make a decision as to whether or not  there will be a new trial.

TMZ got the scoop on how this happened in the first place:

A video screen was left on while the lawyers had a private conversation with the judge. The screen displayed comments from Congressman Elijah Cummings at a House hearing, in which Cummings seemed to indicate Clemens was lying when he denied using HGH or steroids.

So because of THAT, Clemens could get away with lying to Congress?!  This is crap.