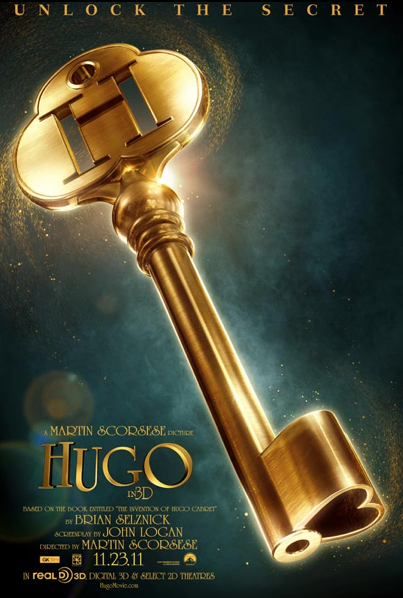 Hugo tells the story of an orphan boy living a secret life in the walls of a Paris train station. With the help of an eccentric girl, he searches for the answer to a mystery linking the father he recently lost, the ill-tempered toy shop owner living below him and a heart shaped lock, seemingly without a key. Based on Brian Selznick’s award winning and imaginative New York Times bestseller, “The Invention of Hugo Cabret,” this magical tale is Scorsese’s first film shot in 3D.

This one opens in 3D and 2D theaters on November 23rd.