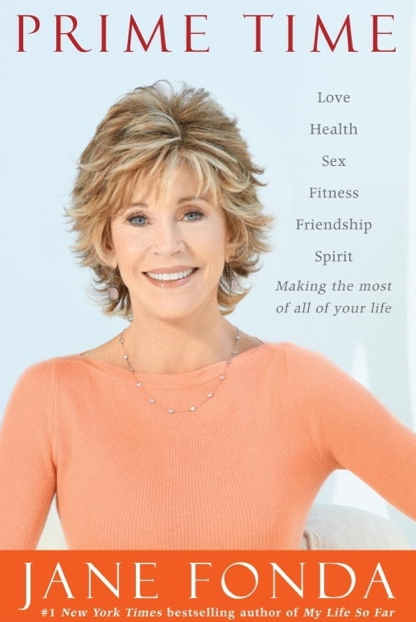 Wow.  I’d think that QVC would be all about Jane Fonda and her new book, Prime Time.  Well, it seems that QVC likes their customers/viewers much, much more because at the last minute, they cancelled Fonda’s scheduled appearance to promote her book this morning for fear of losing sales.

QVC customers were irate that they would give Fonda air time and see her book because of the whole Vietnam War “scandal.”

Fonda is pissed and she aired it out on her blog:

I was to have been on QVC today to introduce my book, “Prime Time,” about aging and the life cycle. The network said they got a lot of calls yesterday criticizing me for my opposition to the Vietnam War and threatening to boycott the show if I was allowed to appear. I am, to say the least, deeply disappointed that QVC caved to this kind of insane pressure by some well funded and organized political extremist groups. And that they did it without talking to me first. I have never shied away from talking about this as I have nothing to hide. I could have pointed out that threats of boycotts are nothing new for me and have never prevented me from having best selling books and exercise DVDs, films, and a Broadway play. Most people don’t buy into the far right lies. Many people have reached out to express how excited they were about my going onto QVC and hearing about my book.

Bottom line, this has gone on far too long, this spreading of lies about me! None of it is true. NONE OF IT! I love my country. I have never done anything to hurt my country or the men and women who have fought and continue to fight for us. I do not understand what the far right stands to gain by continuing with these myths. In this case, they denied a lot of people the chance to hear about a book that can help make life better, easier and more fulfilling. I am deeply grateful for all of the support I have been getting since this happened, including from my Vietnam Veterans friends.

I do think that QVC should have given her the time.  That’s unfair and I am sure that there are plenty of Fonda fans that are QVC customers.  That wasn’t cool.  What do you think?  Drop your thoughts in the box below: