VIDEO: Betty White Gets An Invite To Marine Corps Ball! 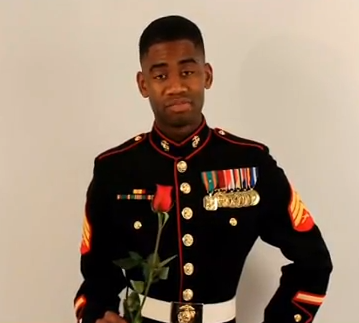 Marine Sgt. Ray Lewis has officially asked Betty White to the Marine Corps Ball. This is becoming a trend now isn’t it?  The first was Sgt. Moore. asking Mila Kunis the other was Corporal Kelsey De Santis asking Justin Timberlake.

Lewis is an Afghanistan and Iraq veteran, a journalist and a Hip Hop artist (RSonic).

Do you think she will say yes?
Continue Reading