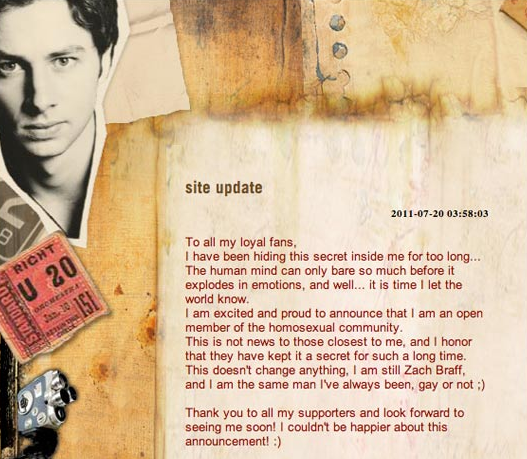 Um, no.  Zach Braff is not gay.  But some hacker wants the world to believe that he is.

The fake coming out statement on Braff’s site says,

“I have been hiding a secret inside me for too long.  The human mind can only bare so much before it explodes in emotions, and well … it is time to let the world know.  I am excited and proud to announce that I am an open member of the homosexual community.”

So yeah hacker…. total #FAIL.  But thanks for a good laugh anyhow.  Now go get a LIFE.