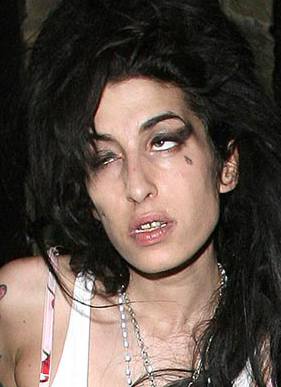 Amy Winehouse was found dead in her London apartment today.  She was only 27 years old.  She was an English singer-songwriter, known for her powerful contralto vocals and her eclectic mix of various musical genres including R&B, soul, and jazz. She has received publicity over her substance abuse and mental health issues.

A press release from the Metropolitan Police said:

On arrival officers found the body of a 27-year-old female who was pronounced dead at the scene.

Enquiries continue into the circumstances of the death. At this early stage it is being treated as unexplained.”

UPDATE: Authorities have reported that there was no foul play involved and that the autopsy has been scheduled.  You know what the results will say: OVERDOSE.