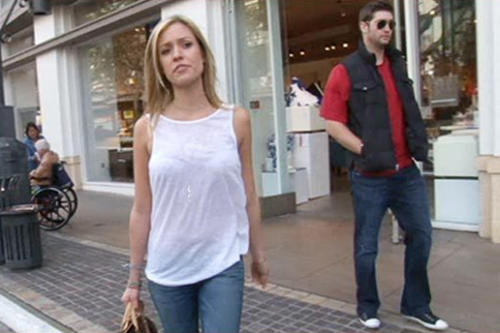 Yesterday morning, Hollywood Hiccups was one of the first to report that Jay Cutler and Kristin Cavallari had called off their engagement.  There weren’t any details at the time as to what caused the split.  But today, we’ve got more from Cavallari’s rep,

“Kristin Cavallari and Jay Cutler have ended their relationship.  This is a difficult time for them, and they ask you to respect their privacy during this time.”

So what happened?  It looks like Jay didn’t like Kristin’s career.  She chose to take honor a work commitment over spending time with him, and he flipped out.  This has obviously been an issue for them all along.

“It enraged Jay.  She was devastated. She was so happy and excited about their future.”

So that is that.  The summer 2012 wedding will not be happening.

I am curious as to why he couldn’t handle her schedule though.  The NFL lockout just ended, which means he is going to be tied up with the Chicago Bears, nonstop for the next several months.  They were obviously not meant to be.

Thoughts? Drop them in the box below!