‘Bachelorette’: Ben F. Has Already Moved on From Ashley 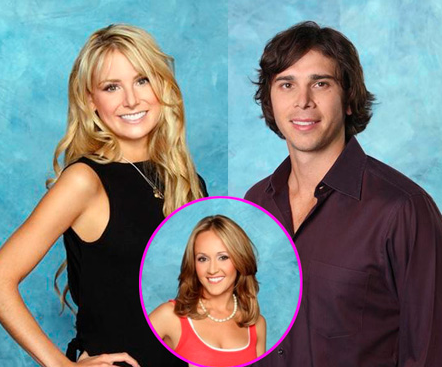 Last night was the season finale of The Bachelorette.  Ashley Hebert chose JP after burning Ben F. when he got down on one knee and popped the question.  I still can’t believe he did that before hearing her decision.  So embarrassing!

He was clearly shocked and pissed off at her.  But, he’s over it now!  It’s been months since that all went down and he has found love in his own home town with a girl from the same season of The Bachelor as Ashley… with Brad Womack.

Remember Britt Billmaier?  She’s such a sweetie and Ben seems pretty smitten with her.

“They both live in the same town, so that’s how they met.  They’re having fun together. He’s definitely not wallowing over the break-up with Ashley.  Britt has denied that they’re dating, but maybe it’s because he’s still in the running to be the next star of the Bachelor.”

I kind of hope it doesn’t work out because I’d LOVE to have Ben be the next Bachelor.  He’s too cute and too sweet to pass up.


Are you ready for Bachelor Pad 2 now?!