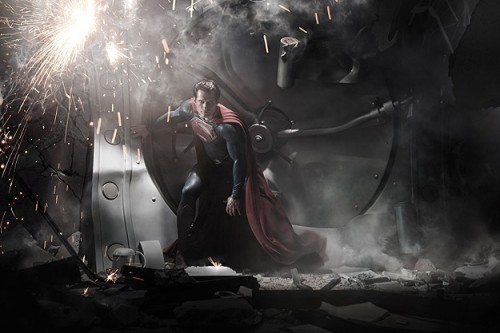 In the photo above, we see our first look at Cavill as Superman.  Pretty slick, right?

Man of Steel is still a ways off with a release date of June 14, 2013.  Sooooo, be patient and wait for updates here on Hollywood Hiccups!