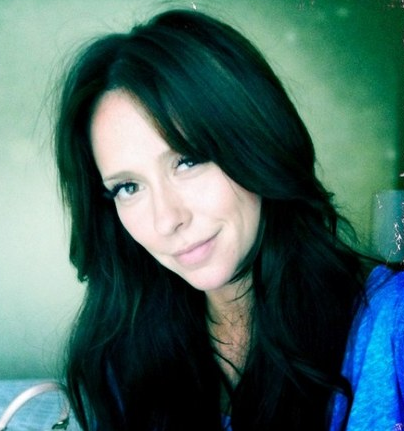 Wow.  I don’t that Bachelorette star, Ben Flajnik thought he’d end up dating a movie star when he signed on for the show.  But, getting dumped by Ashley Hebert got him the hottest date of his life!  Jennifer Love Hewitt!  She’s a fan of the show and a really big fan of Ben!

When she watched him get dumped on the show, she Tweeted:

“Gotta book a flight to Sonoma!!!”

And that’s just what she did!  Hewitt flew to San Francisco and went out on a date with Ben at the Lion’s Pub!

“Ben from The Bachelorette is making out with Jennifer Love Hewitt.”

“Oh yeah, Ben and Jennifer Love Hewitt appeared to be dating. All in all, Ben seemed to be perfectly content as the second-place loser on The Bachelorette.”

Yeah, I think he’s doing just fine.  And yes… they make a really hot couple.  I would love to see Jen settle down and well, Ben would be the best looking guy she’s been with in ages…. he’s ready to tie the knot… I say go for it!