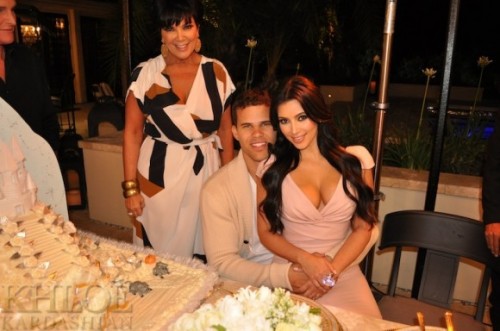 Whoaaa!  What?  Serioiusly?  Well, according to sources, Kim Kardashian’s ex-boyfriend, Reggie Bush is panicking and trying to get her to back out of her wedding in a few days to Kris Humphries.

“He’s been sending text messages to Kim and leaving her voice mails, telling her she’s making a mistake and that he’s the one for her.  In the past, Kim was friendly to Reggie but now she’s stopped responding.”

Since Kim won’t respond to Reggie directly, he’s using friends to get to her… while she was getting fitted for her Vera Wang gown even!

“It was a friend telling Kim that her ex Reggie Bush needed to talk to her.  He was begging her to call off the wedding — and give him another chance.”

Why wait till now.  Why didn’t he try sooner?  It’s TOO LATE Reggie. He’s so desperate, he’s using his pet name for her… and she’s not buying it.

“She used to love that nickname, but now that he’s using it when she’s about to get married to someone else, it’s just annoying to her.  She was burned by the end of their relationship, and she’s truly moved on.”

Reggie, it’s time to move on with your Kim look-a-like girlfriend and not ruin her happy day.  Geez.