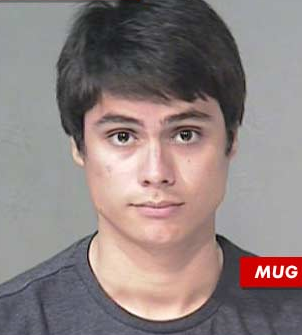 Twilight star, Kiowa Gordon (werewolf Embry Call) was busted in Arizona yesterday for DUI. Unfortunately for him, he’s got a record…. who knew this guy was a douche?  He already had a warrant out for his arrest for failing to appear in court for another arrestfor drug paraphernalia possession and supplying alcohol to minors.

Twilight success is huge success.  Why would you blow your career like that.  Good luck getting a job in the future dude.

UPDATE: TMZ is now reporting that Kiowa was NOT busted for DUI.  He was merely a passenger in a car that was pulled over for a routine traffic stop and that’s when they discovered his warrant for his past drug arrest.