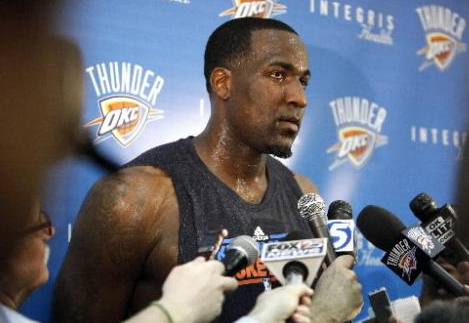 It’s another pro athlete arrest to kick off the weekend.  Oklahoma CIty Thunder star, Kendrick Perkins was busted in Beaumont, Texas this morning for public intoxication.

TMZ is reporting that Perkins was booked into Jefferson County Jail at 4:00 AM. He then posted a tiny $251 bond and was released right after.

This is no biggie since it’s a misdemeanor… he won’t be facing any jail time.  BUT, he’s going to have to pay up to the NBA for being a schmuck.

NBA season is over, lockout is on.. let’s stay focused on the NFL season…