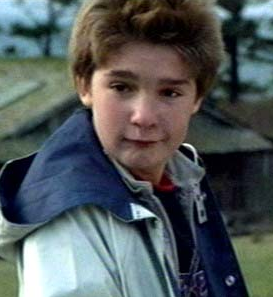 Corey Feldman is going to bat for himself and his late friend, Corey Haim.  It seems that both Coreys were victims of the Hollywood monster, pedophilia.  Is this a real shocker?  No.  Not really.  This isn’t the first time we’ve heard this story from someone in Hollywood and I promise you it won’t be the last.

“I was surrounded by [pedophiles] when I was 14 years old. … Didn’t even know it. It wasn’t until I was old enough to realize what they were and what they wanted … till I went, Oh, my God. They were everywhere.”

I think there are a lot of sickos in Hollywood, but I don’t think everyone is all bad.  Should the monsters be outed?  Yes.  But Feldman isn’t going to be the guy to do.  Not sure why… but he’s keeping that to himself.  Maybe saving that for another day……  “that person needs to be exposed, but, unfortunately, I can’t be the one to do it.”

Since I haven’t walked in those shoes, I guess I can’t judge his reasons for protecting the molesters… but, man…. wouldn’t it be nice to know?  How will it stop if no one outs them?

“[T]here’s a lot of good people in this industry, but there’s also a lot of really, really sick, corrupt people. And there are people … who have gotten away with it for so long that they feel they’re above the law, and that’s got to change”

So how does he suggest that change take place if he doesn’t have the balls to out these people?  What do you think?  Should we take any stock in Feldman’s claims?  Or is this just a cry for attention?  Will we read the whole story one day in a tell-all book?