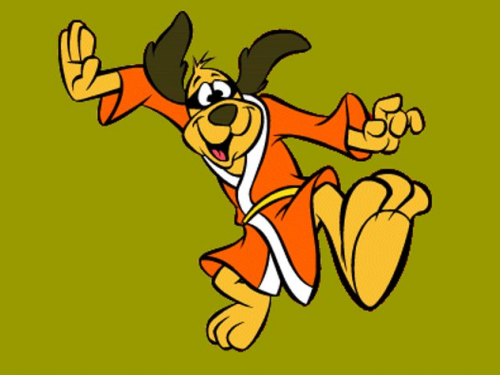 If you weren’t around for the 70s, then this story will have you lost, but bear with me.  This is all about Eddie Murphy and he is now.  So what’s this all about?  Eddie Murphy is morphing with Hanna-Barbera’s 1974 TV series Hong Kong Phooey for a brand new, animated feature film.

With all of the reboots that Hollywood has suddenly become addicted to, this one is a little bit out of the norm.  Why?  Because no one really knows who Phooey is.  This series only lasted one season and then was all but forgotten.  But, Phooey is a lovable character that I think might become a total phenom…

Phooey revolved around a mild mannered dog named Penry who after stumbling into a mystical ceremony is accidentally granted the ability to walk, talk and most importantly, do kung-fu.

I say why not?  With all of the remakes, I am more than ready to see something new… this is a remake, but to the majority, it will be brand new.