‘That’s So Raven’: Orlando Brown Arrested For DUI With Pregnant Girlfriend in Car 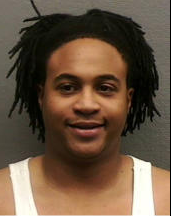 That’s So Raven star, Orlando Brown was busted last night in front of his house for a DUI.  The kicker?  His pregnant girlfriend was in the car.  Now that so responsible.

Brown was originally pulled over for having no license plate, then the cops smelled the booze and gave him the field sobriety test which he failed.

This isn’t his first arrest either, the mugshot above is from his drug related 2007 arrest.

We will post the new mug as soon as it’s released.

I think he and his girlfriend should look into a new show….. Teen Mom perhaps…. this is great material for that show…..