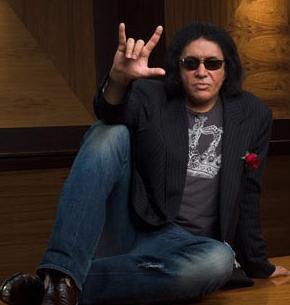 Say what?!  I am a little shocked by this one.  Katherine Jackson went on CNN this morning promoting the Michael Jackson tribute concert when it was revealed that KISS is now in the lineup.

I know that I am not the only one who clearly recalls Gene Simmons calling out MJ for being a child molester.

“There is no question in my mind he molested those kids. Not a doubt.  The only sexual references ever made about Michael Jackson that were made by anyone, anywhere around the world, have always been made by kids, and specifically males usually 10 to 14 years of age; never females, that age or older, and never grown men.”

Is this somehow water under the bridge?  I don’t recall a public apology by Simmons.  Am I missing something here?  Aside from the fact I shocked that he even wants to pay tribute to MJ if he really feels that way about him?!

What do you think?  Is it right that Gene will be part of the tribute?