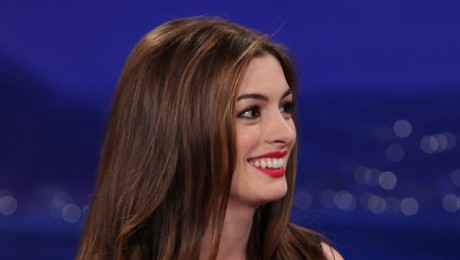 Anne Hathaway decided to let off a little “steam” on Conan with a rap song about the paparazzi and how it’s making her crazy. Who knew she had the chops to rap too?

“With all the stuff that’s been going on with Batman, The paparazzi attention’s been a little intense, so I actually wrote a rap song about it,”

Check it out and see if she should stick to acting or launch a new career.