Jesse James and Kat Von D: The Wedding is BACK ON 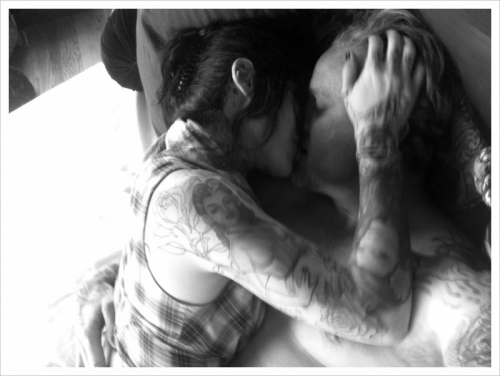 Kat Von D lost her gig on L.A. Ink when TLC announced the cancellation of the show yesterday. But she also gained her man back. Yep, Jesse James and Kat are back on and getting married.

“Sometimes you are only given one chance in life,” he says. “It was up to me to open my eyes and see it. That girl is my chance. I will never stop fighting and striving to hold on to her. Showing her how special she is, and how much I love her.”

He also posted the picture above, proving that he means it.

Question is, will it really last this time. Will these two actually make it down the aisle?