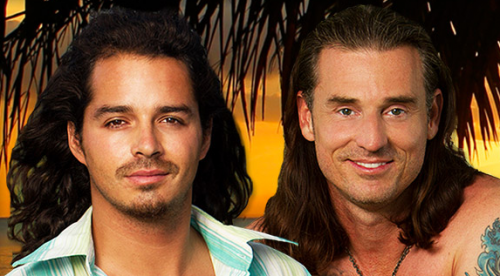 We got the full cast of Survivor: South Pacific….. or so we thought.  There are in fact going to be TWO contestants from former seasons returning for another chance at the title and prize.

First we’ve got Coach Benjamin Wade.  He was on Survivor: Tocantins and Survivor: Heroes Vs. Villains.  This wil be his final attempt, so enjoy the Dragon Slayer while you can.  He said of this round,

“Coach 3.0 is going to be different than any time you’ve seen him.”

Then the other blast from the past is Ozzy!  We saw him on Survivor: Cook Islands and Survivor: Micronesia.  This too will be his final appearance on the show…..  “he’s looking for this last, this third experience, to really be the end to it all, the redemption.”

I loved Ozzy in the past and I hope that he shines this season.  His first season was his best.  Let’s see if he can top it.