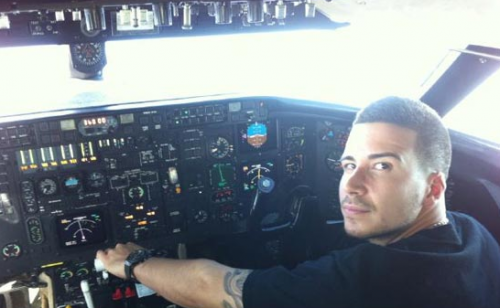 What would the 2011 MTV Video Music Awards be without the cast of The Jersey Shore?  Well, MTV wasn’t have them miss the big show because of Hurricane Irene, so they flew Snooki, Vinny, Deena and Sammi  out to Los Angeles for the show on their private jet.  The rest of the cast will make it on their own since they were stuck on the East Coast.

Vinny posted the pic above to his Twitter saying:

“Had to take the PJ to the #VMAs to beat the storm.East coast you will be fine just chill in and laugh while it passes.”